Ras was born in Hampstead, north west London. The son of artists Clive Barker and Rosemary Bruen, he spent his childhood between London and the idyllic surroundings of the Malvern hills in Worcestershire where he did his schooling.

Although first attending acting classes at the age of 7, Ras worked in business before (in his own words) “finally succumbing to the inevitable” and going to drama school.

Since attending the Academy of Live and Recorded Arts, he has appeared in countless independent films, and many British television series for BBC, Thames, and LWT including London’s Burning, Eastenders and The Bill.

In 2005, he appeared in the critically acclaimed Stephen Woolley film, Stoned, based on the mysterious death of Rolling Stones founder, Brian Jones.

Ras has written and produced short films for his production company, Extra Digit Ltd, including the award winning Life is a Circus and Somewhere starring ex Stranglers co-founder, Hugh Cornwell.

Ras has a daughter, Coral, the inspiration for his first Book, ‘Coral and the Glis Glis’, published in 2020.

Ras lives in Buckinghamshire with his wife, Jan. 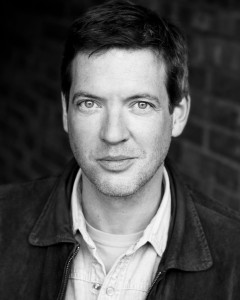